Composed by Brian DuFord in 2018, this innovative piece features a soundtrack incorporating traditional bluegrass and classical instruments with real sound effects of coal and freight trains. Field recordings of the trains were collected (by Dr. Killmeyer) at the Norfolk Southern rail yard in Roanoke, Virginia and along the CSX line in Kingsport, Tennessee. After writing the oboe melody and orchestrating the backing track using steel string guitar, banjo, upright bass, and standard orchestral instruments, DuFord incorporated the train sounds to create a cohesive, one-movement work of several short scenes linked by the sound effects. Rail transport has inspired the creation of many musical compositions, ranging from folk songs to avant-garde works by Western classical composers. The unique instrumentation of this piece for live oboist with electronic accompaniment reflects the tradition of music inspired by the railroad. The unusual blend of acoustical oboe with recorded bluegrass instruments and sound effects gives this piece wide audience appeal and demonstrates the inventive means by which area musicians are collaborating to forge new connections between diverse musical traditions. An innovative and creative work, Coal Trails on Rails highlights the diversity of musical practices in Appalachia, its unique and varied soundscape, and the historical and cultural experiences of its people.
- Skropion Forum
Excerpt from an interview with Dr. Killmeyer:
“While the work is essentially a piece for oboe with pre-recorded soundtrack, his choice of instruments and the blend he used created a very interesting and unique blend of sounds that contrast beautifully with the mechanical sounds created by the trains,” Killmeyer said. She added that while performing with a soundtrack is often difficult, because some composers do not notate the sheet music indicating when the musician should play, DuFord effectively spelled out exactly what he wanted. “The piece also reminds me of a tone poem, but for solo instrument, with different sections of the piece linked together by the train effects,” Killmeyer said.  “It is challenging but fun to perform, and effectively evokes contrasting moods and scenes from the railroad: adventure and an upbeat rhythmic groove, but also bittersweet poignancy.”
- ETSU University News 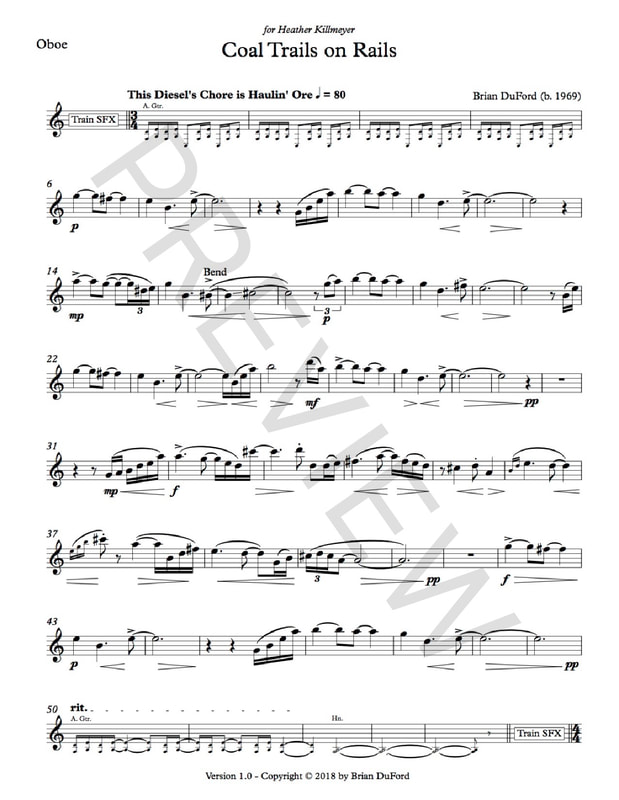 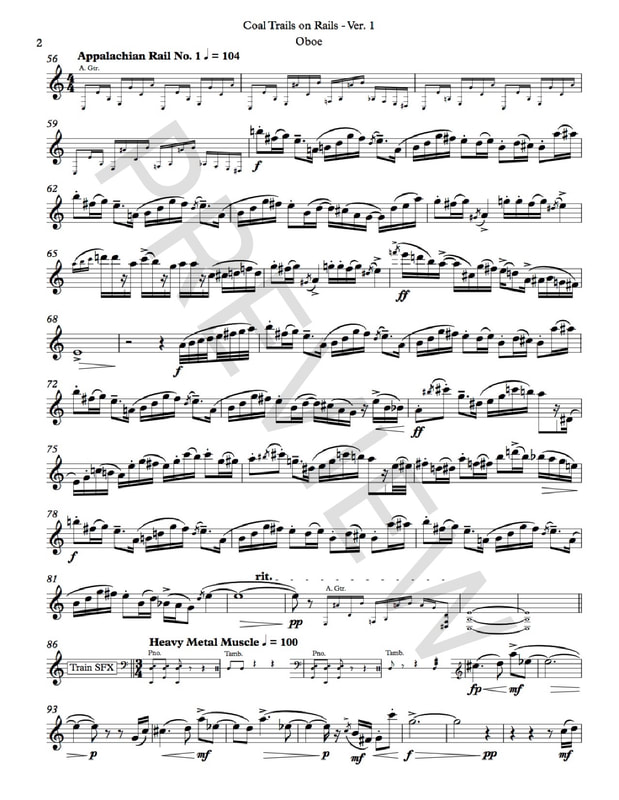